Welcome to the ‘new normal’ where everything is kind of the same but now with social distancing, masks, occasional obsessive bouts of hand washing, and the Rule of Six.

Perhaps one of the businesses most impacted has been driver education and specifically, how driving lessons and tests have been adapted to increase safety in this COVID-19 world.

Keeping your distance from someone sat only inches away from you means that face masks should be mandatory (unless you have a medical issue), windows should be open during lessons, key surfaces in the car must be wiped down before any lesson, and more besides – check out our breakdown of the guidelines here.

But how have both instructors and learners actually found lessons during the ‘new normal’? Are they practical or a logistical nightmare?

From social distancing through to the wearing of masks, managing lessons is inevitably trickier. 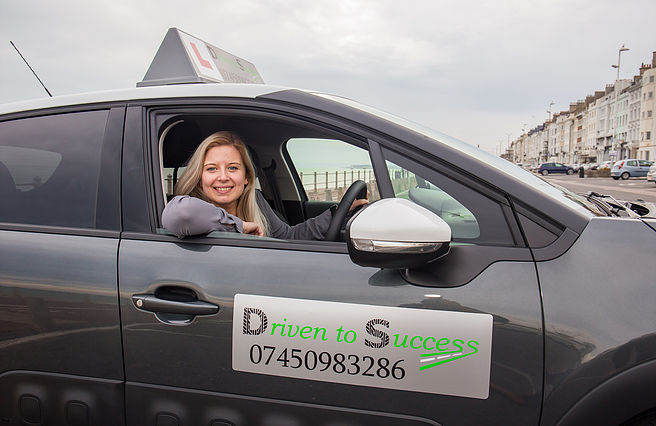 As Jessica Hanson of Hastings-based Driven to Success points out: “It’s a challenge to teach with masks on and windows open. It’s noisy, it can be cold and wet, and it’s very hard to hear each other… I am dreading the winter when its freezing cold and raining.” 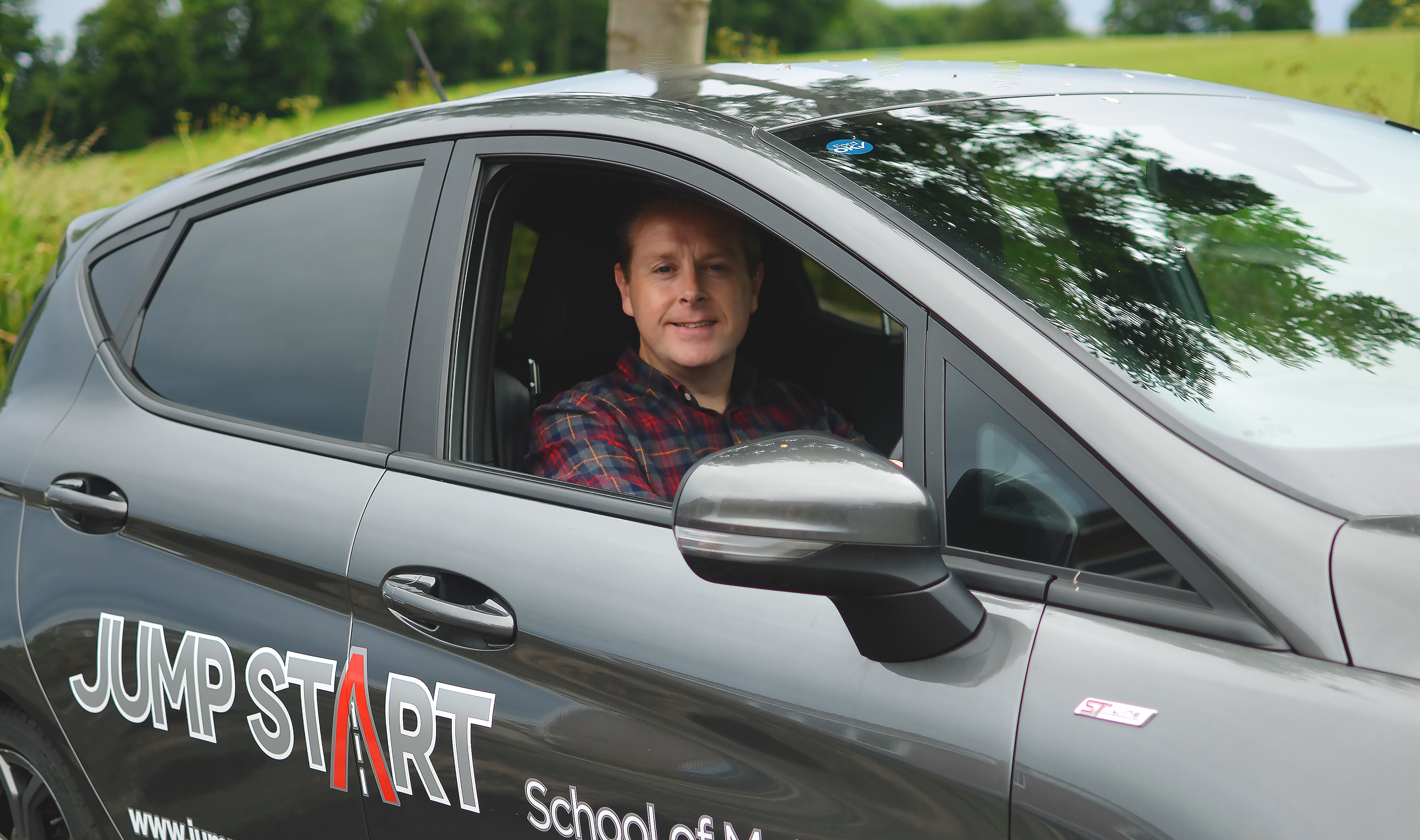 While adhering to the guidelines can be challenging, they are not insurmountable believes Damion Hartley of Wakefield-based Jump Start School of Motoring: “Initially some learners struggled with wearing faces masks on hotter days and also glasses were constantly misting up but we are adapting. For instance, one learner taught me the trick of sticking sellotape over the bridge of the nose, which apparently stops glasses from steaming up!”.

A key question is do the guidelines help make instructors and learners alike feel safer during lessons? “I feel relatively safe during mine,” says Jessica, “but I am relying on my pupils being honest about how they’re feeling and whether they are sticking to the measures outside of lessons.”

Damion found the transition into the new driving lessons “weird but I feel safe knowing that I am adhering to the guidelines set,” he explains. “I also have my learners complete a health questionnaire before lessons – also used for track and trace – to keep both myself and learners safe. I have also factored things like having a fresh air break during lessons which has helped.”

As for learners themselves, dipping into the Twittersphere reveals many are not fretting over the virus itself but are stressed by mask and glasses issues plus the inevitable nerves about having driving lessons in the first place.

As Jessica explains: “The majority of my pupils are indifferent about how ‘safe’ things are. They are happy to wear a mask, and hand sanitise when they get in the car.”

While instructors like Jessica and Damion are sticking to the guidelines, it’s clear that other instructors are flouting them.

“We have instructors locally that openly admit that they and their pupils don’t like wearing them so they don’t wear them,” says Jessica. “I think guidance needs to be compulsory for mask wearing in the cars – apart from people with medical conditions of course.”

A blasé attitude towards masks also makes it harder for safety-first instructors to reinforce the importance of sticking to the guidance on masks, plus it potentially creates a real safety risk as “pupils who don’t want to wear a mask are more likely to go to an instructor that doesn’t enforce their use,” believes Jessica. 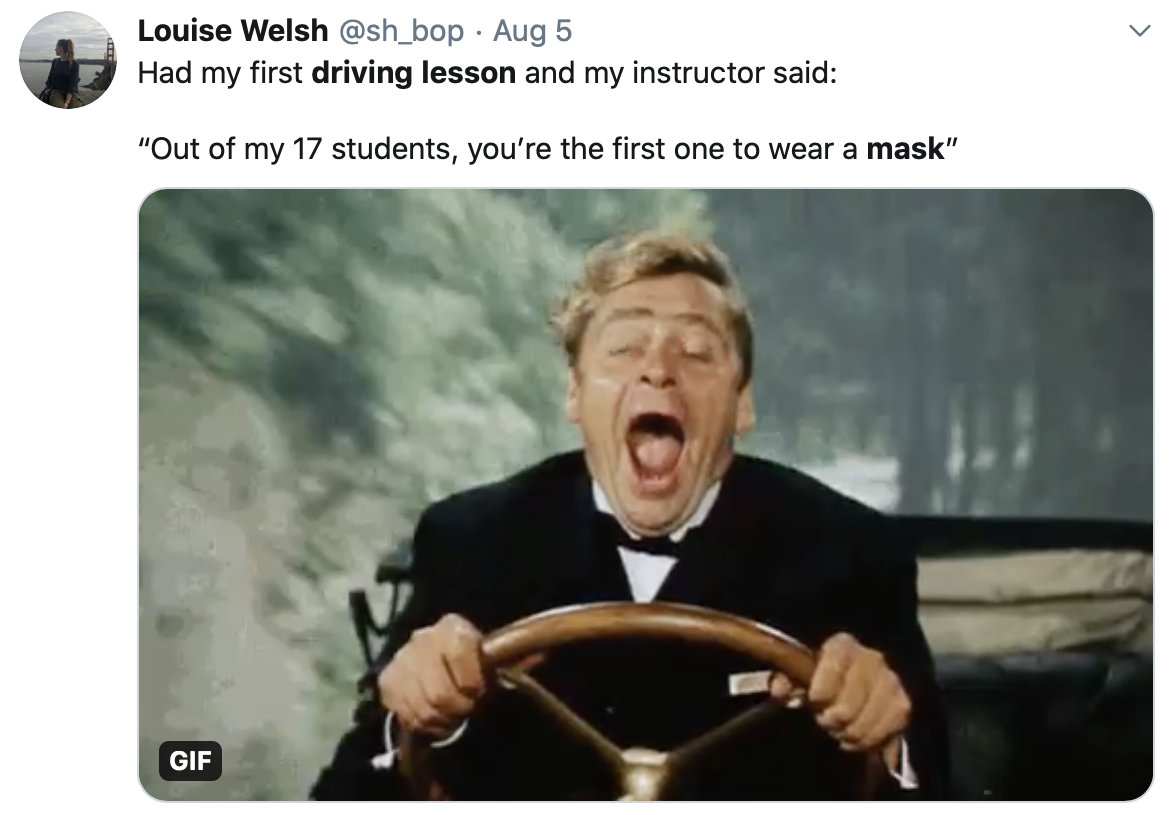 For many learners, the big issue affecting their driver education isn’t contending with social distancing measures but problems booking a driving test.

“I have a lot of learners who are frustrated at the booking system for both practical and theory tests, my daughter being one of them!”, explains Damion. “Some learners have had to book tests in a different city because availability has been so poor. Hopefully over the next few weeks this will change.”

Once the test is booked, the issues don’t stop there though. It’s already been reported in the press that a New Zealand woman was instantly failed because her front seat was deemed too dirty by the examiner and therefore not safe.

It’s something Jessica has also experienced: “I had a girl who took her own car to the test, only to have it terminated before it began because there were crumbs on the floor,” she explains.

“I do think examiners need to be a bit more realistic about how clean cars can be all the time. We know that dust will settle on the dash just after it’s been wiped, but that doesn’t mean it hasn’t been sanitised. It’s impossible to have a car that’s showroom clean all the time.” 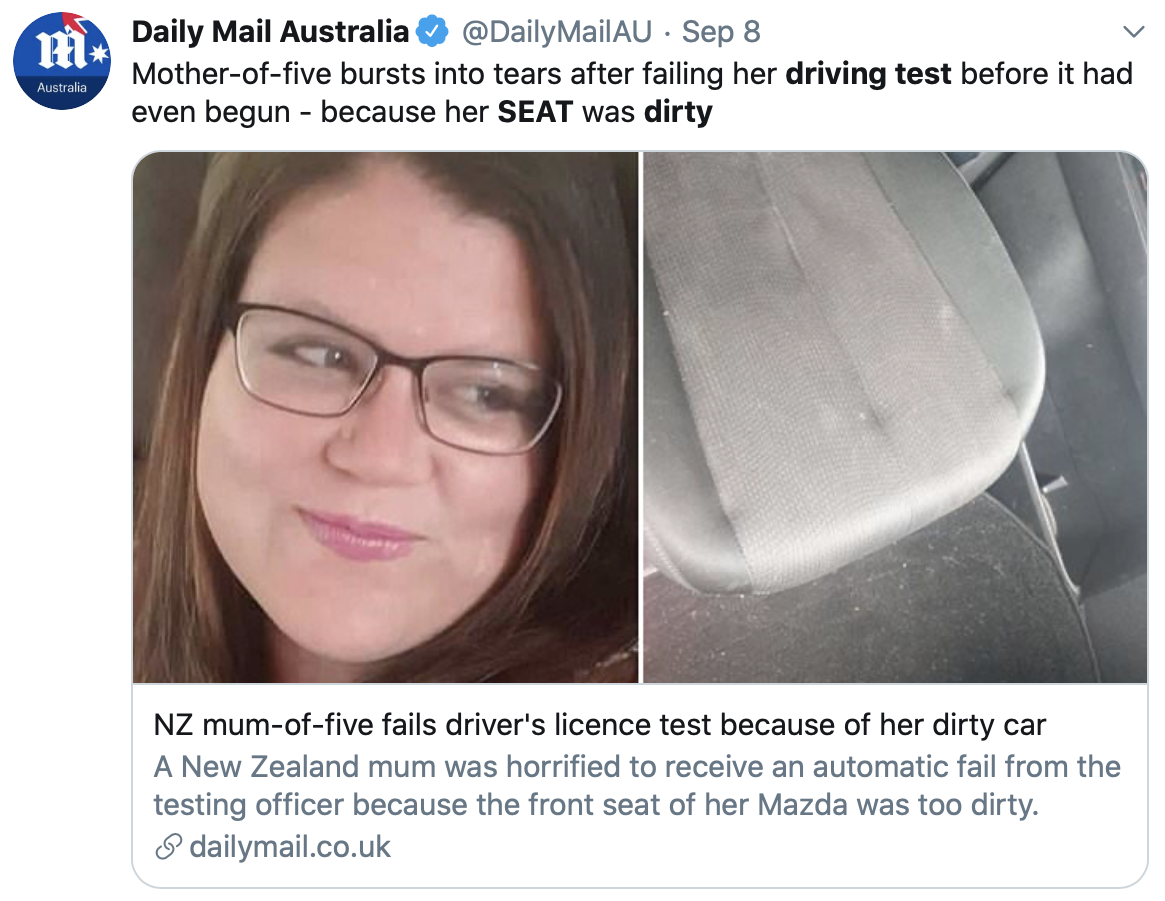 The new guidelines mean changes to instructors’ working lives as well, impacting on the number of lessons that can be realistically held in a day, plus how much money they can earn.

For instance, Jessica would previously allow 15-30 minutes between lessons but is now leaving it much longer: “I have to consider whether public toilets are open near by – some still aren’t – to wash hands or use the bathroom,” she explains.

“It means I am having to allow time to drive home as well, and I’ve really noticed the difference in petrol use. I’ve also had to reduce by about two lessons a day to avoid working till gone 8pm, which over a month is a big difference in turnover and makes my waiting list much longer.”

Whatever the challenges, our instructors remain positive about the future: “I am hopeful that once the test waiting list has cleared, we will have a pretty normal existence as instructors,” says Jessica.

Damion is optimistic too, and hopes that “the ‘new norm’ won’t be forever. For now, I think face masks and extra cleaning are a minor hindrance in the bigger battle that is the pandemic.”