You may recall that the new element was all set to be introduced to the theory test from April 14 – viewing a video with three multiple choice questions – but was delayed because of the pandemic. The new element is now set to be rolled out on September 28.

What to expect in the new theory test 2020

Currently, during the multiple-choice part of the test, you are asked to read a case study and then answer five questions about it. From the end of September though, this will be changed.

Instead, you will now watch a video clip and be required to answer three questions about it.

This change is being made to the theory test in England, Scotland, Wales and Northern Ireland.

The new video clip-based questions are being introduced to make the test more accessible for everyone especially those with a reading difficulty (like dyslexia), learning disability or developmental condition (like autism). Check out a sample of the all-new video clips here:

How the new theory test works

Here’s a breakdown of the all-new theory test element: 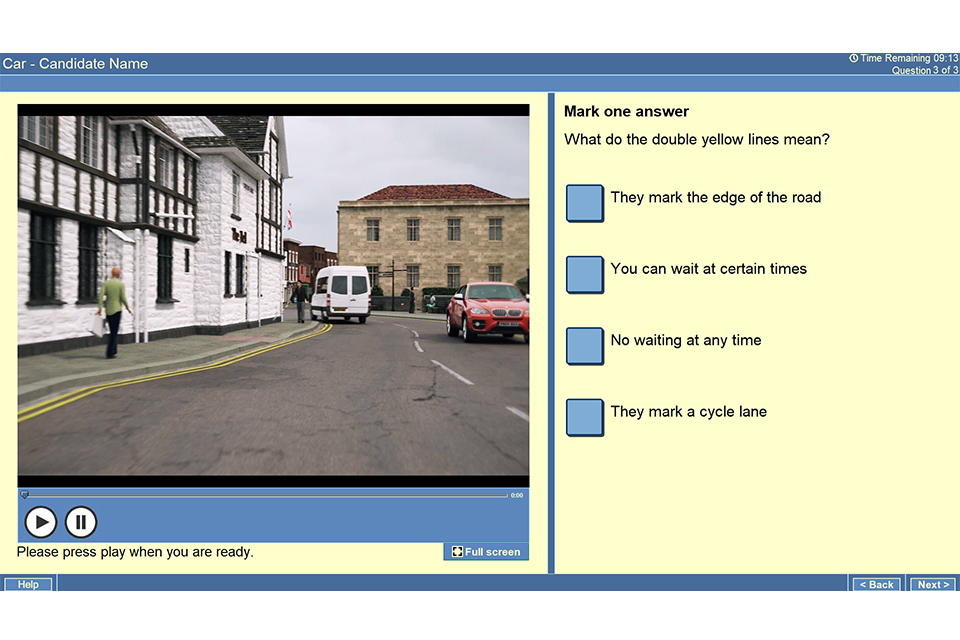 Note the play/pause controls in the bottom left of the screen plus the bar below the video that lets you move through the clip to any point you choose (like YouTube).

You can also expand the video clip into full screen using the tab found in the bottom middle of the screen.

You view/answer the questions on the righthand side of the screen.