Since 1999, ADI and owner of Insight 2 Drive, Kathy Higgins, has built up an award-winning business that has several areas of expertise from teaching learners and instructors to fleet driver training.

What was your inspiration for becoming ADI? Back in the 90s, I was a sales rep travelling the length and breadth of the country and was fed up with it. To add insult to injury, I remember returning to the office one day in my battered old Ford only to find that the boss had got a brand new car. I remember thinking that here I am, out in the field all day and he’s got himself a new car just to get to and from the office in.

At that moment, I realised I needed to be my own boss and have my own business. So I thought about what I was good at and realised it was driving – I had already taken and passed an IAM Advanced Motoring Course at this point. So I decided to become a driving instructor – it was the perfect fit.

How would you describe your teaching style? I am down to earth, quite relaxed and try and simplify things as much I can. This is especially true when it comes to training ADIs – you find there are ADI trainers out there who through no fault of their own, overcomplicate the training because of how they themselves have been taught. They can make the process sound really complicated when it it isn’t – all you have to do as a trainer is see the faults, identify them, say something about it, find out why the faults occurred and how you are going to fix it. That’s it – it’s not rocket science so keep it simple, keep it direct.

What essential skills must an ADI have? The first is adaptability; an instructor must be able to adapt their training style to the specific pupil. I’m sure I’m not the only person who has taken on pupils from driving schools who have given up on them and told the learner that they aren’t good enough to ever pass. In actual fact, it’s not the student who isn’t good enough – it’s the instructor who hasn’t adapted their style so they can teach the pupil effectively.

The other essential skill is basic business acumen. It’s critical that trainee instructors understand that they will be running their own business and the buck will stop with them. So they must plan their cashflows properly, ensuring that if they, say, charge £240 for 10 lessons, they don’t spend all that money at once and then come up short later down the line.

So I teach them about cash management and cash flow; for instance, I’ve always had a savings account for my business, into which I put a quarter of what I earn on a rolling basis and just leave it there. Come the tax bill at the end of the year, it means I always have the money to pay it. And then because I have saved a quarter, I always have money left over that I can then reinvest in the business, buy essential equipment with or even give myself a pay rise with!

What do you say to ADIs who offer cut-price lessons in order to get more trade? If things are going badly, the knee jerk reaction is often to start cutting prices, to be the cheapest – but there is very little chance of coming back from that if you make such a shortsighted move and you end up working for next to nothing. We maintained our prices – with a rare loss leader or two – all the way through the credit crunch and okay, we might have had less learners on our books but we weren’t running round like fools working for a pittance.

If you offer cutthroat prices, you’ll also attract the wrong type of customer, the one who is going to run out of money sooner rather than later. They’re the type who just want cheap lessons and then the next thing is that they can’t afford it or they let you down. It’s just not worth it.

I always tell my ADI students the story of Barbara and Tom; Tom is very successful instructor and works 40 hours a week. He’s got a waiting list of learners wanting to learn with him, and he is constantly busy. Tom charges £10 an hour so he grosses £400 a week.

“On the other hand, Barbara is not very successful; she only gets about 20 hours a week of work. She doesn’t have much of a waiting list either because Barbaras’ biggest problem is that she charges £20 an hour; that’s twice as expensive as Tom. Barbara grosses £400 a week too.

“I ask my students – which instructor would you rather be? The answer of course is Barbara but some instructors don’t understand that it’s okay to lose half your customers but still earn good money because you’ve been charging proper prices. It’s about working smarter, not harder.” – Kathy Higgins, ADI trainer and founder of Insight 2 Drive

As a presenter and trainer of Speed Awareness courses, what do you think of the standard of driving now compared to ten years ago? I believe driving has gone bad. The reason is simple – people aren’t getting caught when they break the rules of the road anymore because we have less police officers on patrol than before. This is compounded by the fact there is now precious little respect for the police or the law itself. People know that they won’t get caught and the more times they get away with breaking it, the more it tells them that they won’t get caught – so they keep doing it. It’s a vicious circle.

You achieved a great deal in your career to date. What motivates you to keep pushing yourself? I have a need to learn new things and be inventive. If I’m honest, I suspect it goes back to my school days where I wasn’t deemed to be the sharpest knife in the drawer! And if you didn’t get top marks at my school, you were left to your own devices because the support simply wasn’t there and the staff didn’t care. I was left feeling that I had to constantly prove myself – to show myself and others that I was bright enough to do whatever I turned my mind to; ultimately, that I have something to offer.

Finally, what do you think of Theory Test Pro? I ensure that all my ADI trainees use it and the feedback from them has been fantastic. We’ve also noticed that pupils who use Theory Test Pro properly always pass first time. As for those who fail their theory test? You only need to go and look at their Theory Test Pro account and see that they’ve only used it once or twice. Bottom line is that the software prepares you fully for your test whether you’re a learner driver or a prospective instructor. 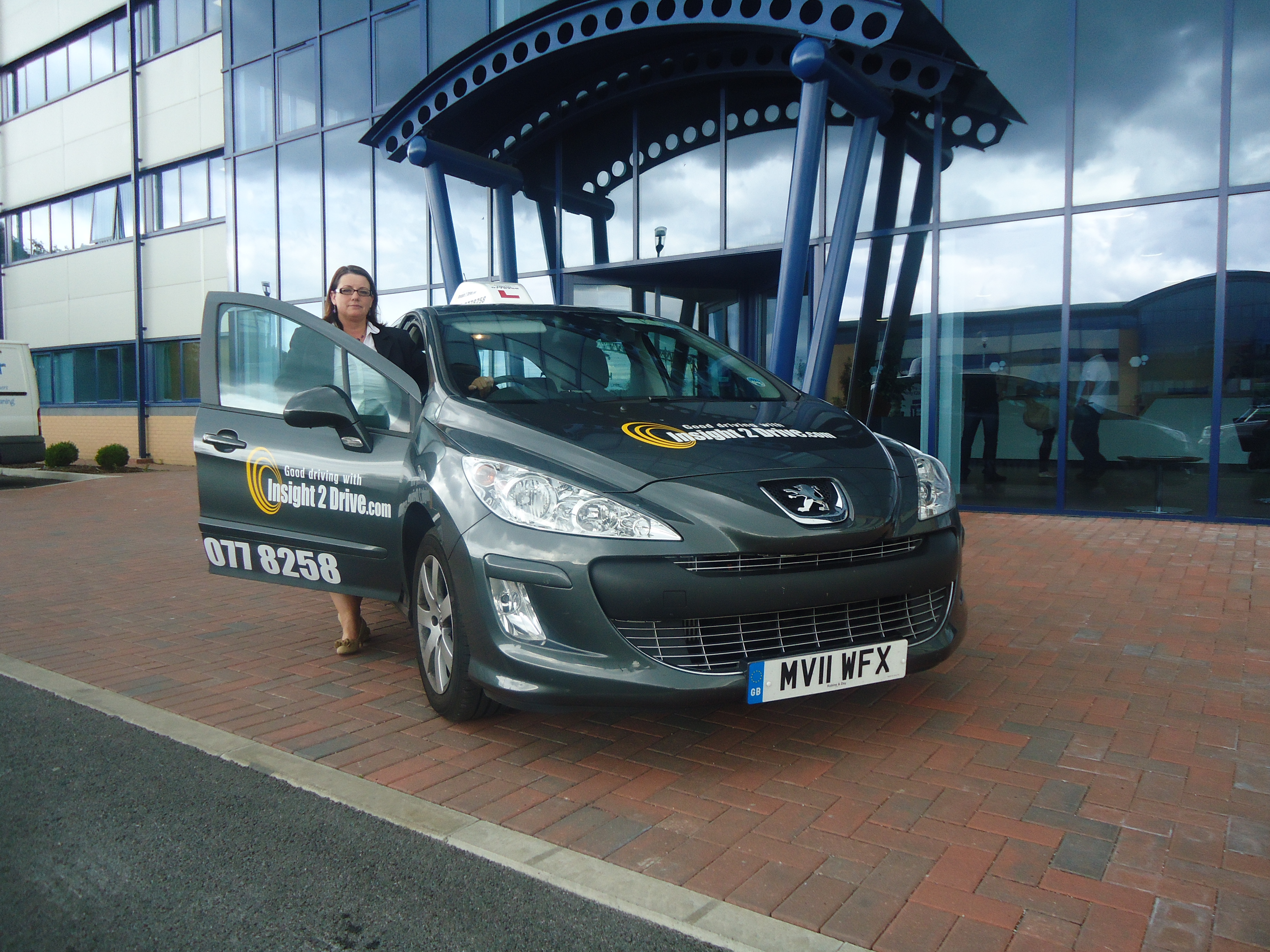