This month, the government has officially launched a consultation on potential new restrictions for young drivers.

The new restrictions and changes being examined are:

Why make the changes?

The aim of the consultation is to try and find ways to drive down the the number of road deaths involving newly qualified motorists as they are disproportionately high – while 17 to 24 year old drivers only make up 7% of road users, they account for 20% of those involved in serious and/or fatal collisions.

The consultation is interested in hearing your views as well. It has just launched an online survey – the Young and Novice Drivers Survey –that asks those of you between 17 and 25 for your views on how collision rates can be reduced.

The Transport Committee running the consultation will present its evidence at the end of this month and as a result could usher in huge change for young drivers in the near future. 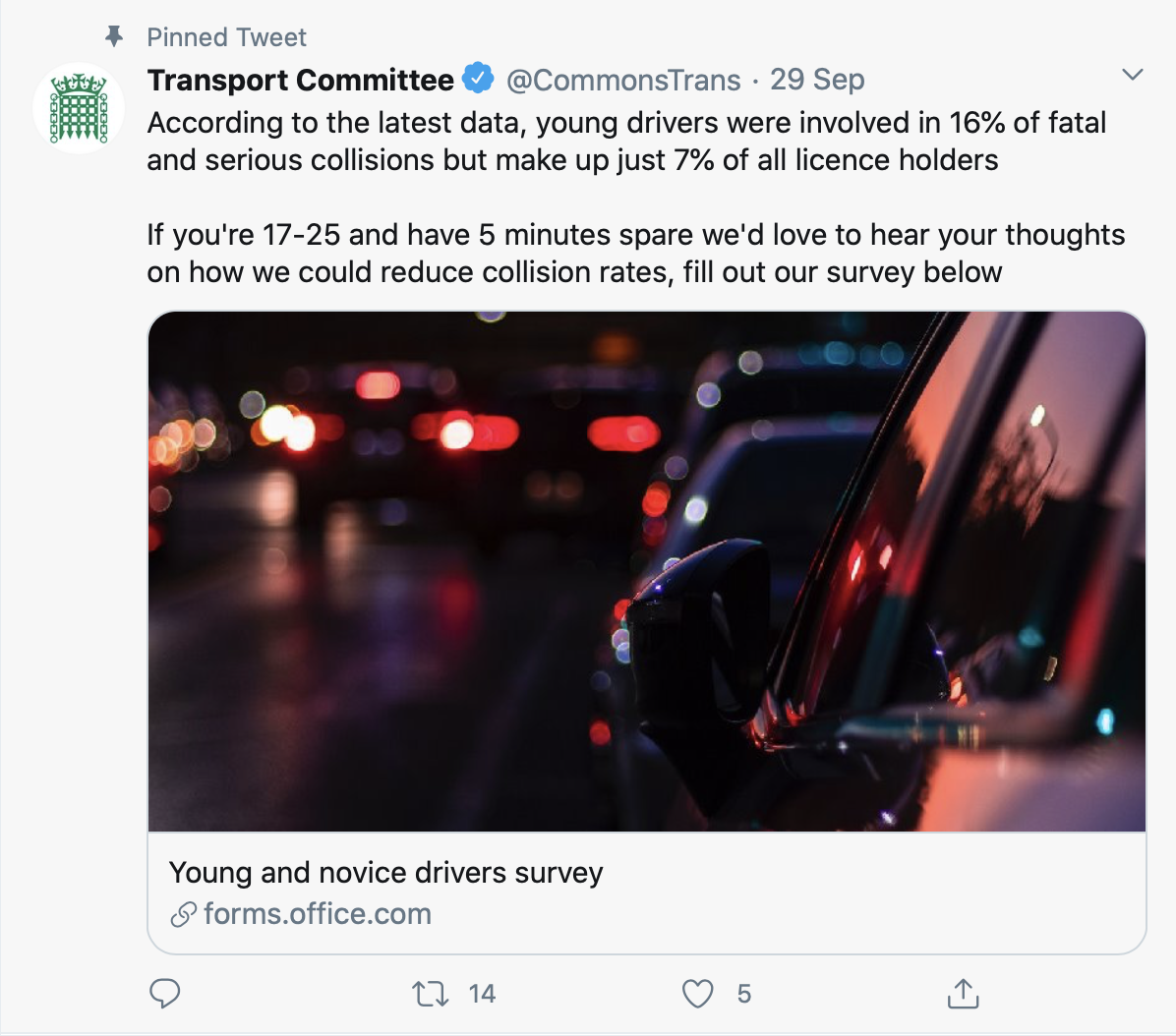 “We’re interested in the risks that young drivers face, the fact that they are more likely to be involved in collisions and also the cost to you with regard to insurance.”

– Huw Merriman MP, chair of the Transport Committee, on why new restrictions could help, not penalise, young drivers.

Other organizations though have expressed concerns that such a phased driving licence system will negatively impact on young drivers. For instance, RED Driving School CEO Ian McIntosh told the Times newspaper: “Restricting driving licences may deter youngsters from learning to drive. This would impact social mobility, employment prospects and hamper local economies.”

McIntosh is also worried that the timing of the proposal couldn’t come at a worse time for younger generations: “[They] have been hit the hardest by the economic impact of the pandemic and have already suffered the most from a constricted job market.

“With the UK in another recession … we need to ensure youngsters have every opportunity to find and keep jobs in this new world, rather than thinking about how we can clip their wings.”

• To ensure your views are heard, take part in the five-question survey here, which runs until October 12 and only takes minutes to complete.