We all know the UK theory test is no walk in the park – it’s why Theory Test Pro exists in the first place! But new research from car finance specialist Zuto reveals that we don’t have it anywhere near as tough as some countries.

Its analysis of 190 nations reveals that the UK has only the 16th hardest theory test in the world with learners having to get 86% of test questions right to pass.

Now consider how tough learners have got it in Russia and Japan; the latter requires 90% while the former demands a whopping 95% (you’re only allowed to get one question wrong before being failed). 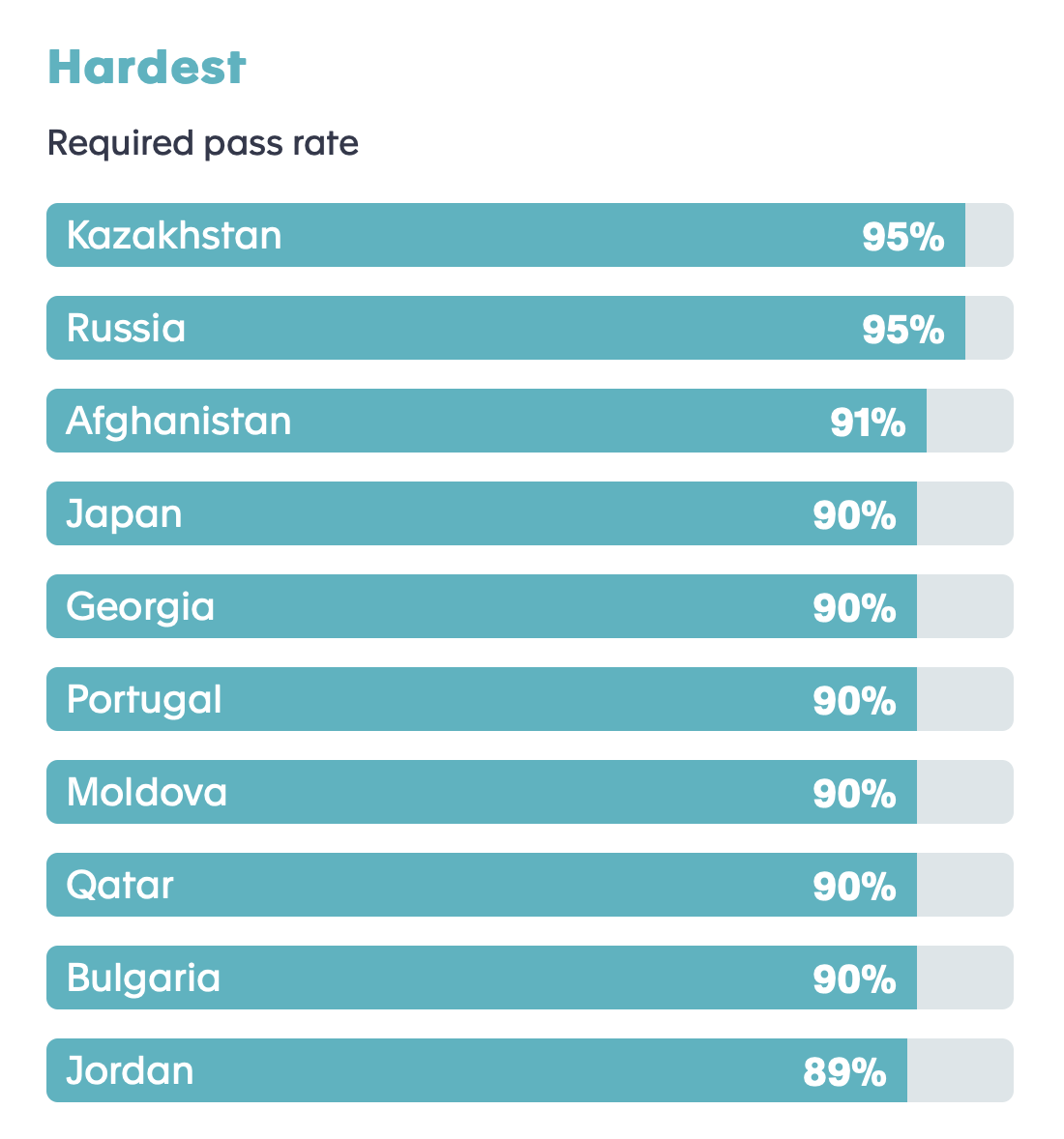 We’re also not top of the league for the number of questions that you have to answer. In fact, we’re a bunch of lightweights with our modest collection of 50.

For example, Sweden’s theory test has 65 questions; South Africa’s 68; Montenegro’s 70; Bulgaria’s 97; and Turkey and China’s come in at 100 questions.

But they all pale in comparison to Vietnam’s that features a staggering 450 questions. 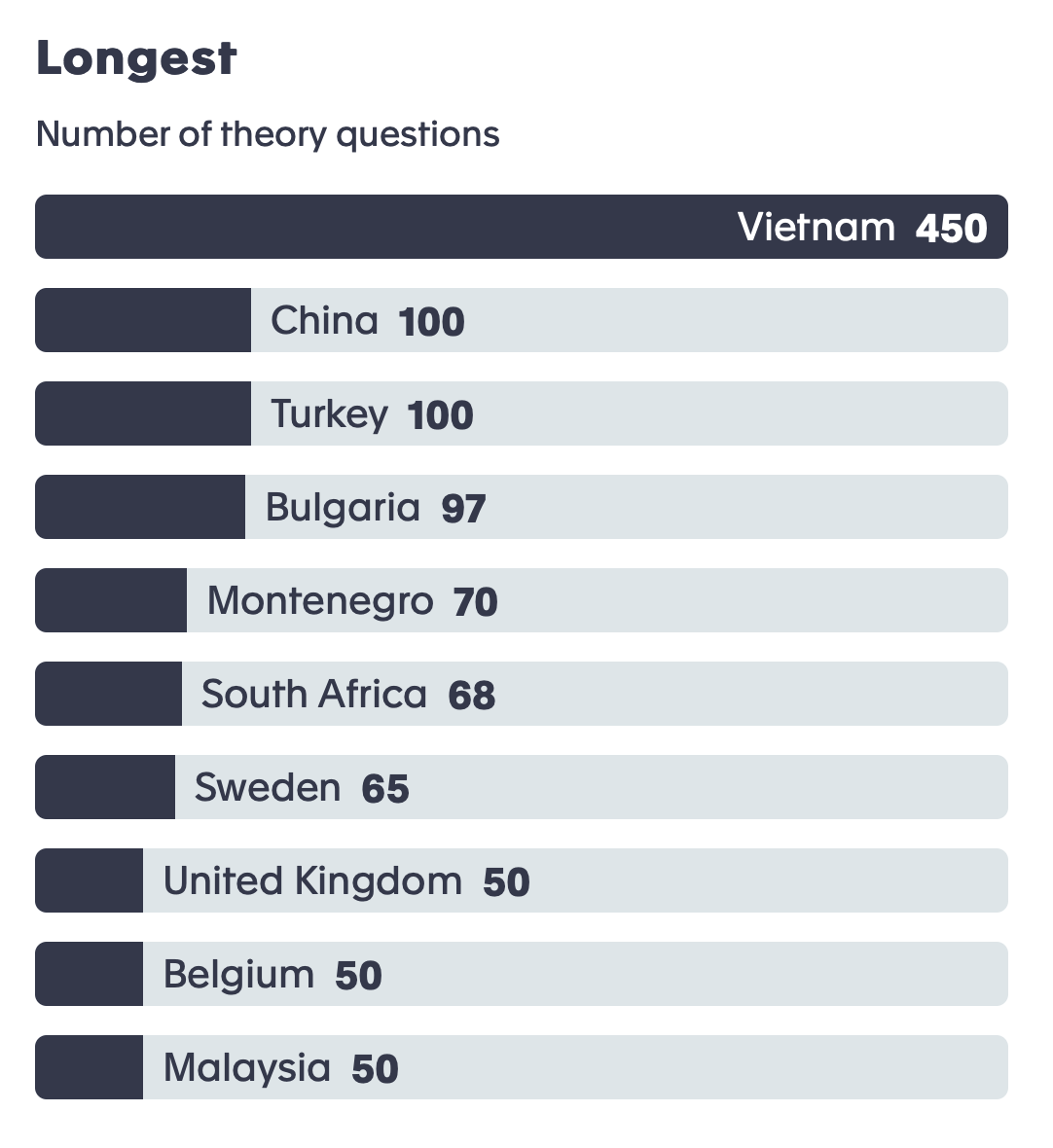 It’s not all about the questions

Away from question volumes and pass rates, you also have to consider what ‘extras’ are required from learners who want to take a theory test. For instance, in Chile, you must have your psychometric and reaction times tested by computer before being allowed to take a test.

But to be fair, considering the queues for theory tests in the UK, Chile’s first-come first-served booking system is a fair trade off; turn up on the day and if you’re one of the first 15 people to arrive, you get a theory test. Job done.

Meanwhile, in Singapore, you are required to take not one but two theory tests – both have 50 questions that must be completed in 50 minutes – before you’re allowed to apply for your practical test.

And in Romania, get ready with your best selfie pout as all learners are photographed three times during the test itself so the authorities have a visual record that you physically took the test.

Where the theory test is easier

If you want to take the world’s easiest theory tests, then move to Indonesia as the country’s test only takes 21 right questions out of 30 to land a theory test pass.

If that sounds too challenging, then head to Uganda that has a 30-question theory test with only 25% needing correct answers to snare a pass.

In certain Mexican states, learners only have to pass a theory exam to be awarded a licence – with no need for a practical driving test whatsoever.

We tend grumble about the cost of the theory test here in the UK too but at £23 a pop, it’s not too steep – unless you’re the learner who paid for 113 tests and failed each and every one of them.